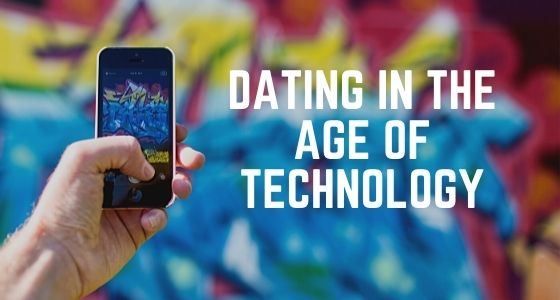 What Is Meant By Dating In The Age Of Technology?

Dating is fun, exciting, and can present a whole world of opportunities, but in today’s age of technology, what is meant by dating? It seems that everything somehow became so much more complicated along the way.

Dating has changed, and if you’re anything like me, it has become a whirlwind of awkward moments, wondering why we always need to set labels on everything, wondering if we’re even on the same page, sending and receiving mixed signals, wondering if traditional dating rules like holding the door open still apply, calling back too soon or too late, and thinking about possible rejections. UGH! The pressure and confusion is enough to make anyone want to just sit in their sweats and watch TV with a bowl of ice cream instead, but it doesn’t have to be.

What Is Meant By Dating?

The truth is, the world has changed, and dating has changed along with it. We don’t always wait 3 days before we call after a first date anymore, we send a text. Men don’t hold doors open for women or always pay the check anymore; women take turns too.

There are people that consider texting on a daily basis to be dating, there are people that think an exclusive relationship is dating. Either way, our values and expectations when it comes to dating have changed drastically from previous generations.

In the not-so-distant past, dating meant you were in an exclusive boyfriend/girlfriend relationship. It meant the two were interested, liked spending time with each other, and weren’t seeing anyone else. Singles were looking for someone to marry and settle down with. People would go out on dates together on the weekends, he’d surprise her with flowers and hold doors open, and she’d protect her virtue by only kissing him, slapping his hand away if it even touched her lower back. Basically, dating preceded intimacy, even if marriage wasn’t the final destination.

Today, there are a lot of in-between stages. Thanks to the internet, online dating has become extremely popular. Most couples meet online or get matched on a dating website, where they chat for a while before they finally meet in person.

Even if a couple does not get paired up through a specific dating website, social media has become a breeding ground for dating (or at least talking to your love interest and checking up on what they’re up to). And as women aren’t expected to wait to be asked out anymore, there are many different ways dating can go.

For a lot of the younger generation, dating is texting and exchanging some facts like favorite color, vacation spots, scantily clad pictures, which leads to a hook-up on Saturday night. They probably send noodz on SnapChat, send short and sweet steady texts, and instead of going on a traditional date to a movie and restaurant, they probably just hangout either in a group setting or the ever-so-popular Netflix and chill. Then, maybe eventually they’ll end up in a serious, committed relationship, maybe they won’t.

Another word for this stage would be “shopping around”, which allows you to discover qualities about a few people before you begin seeing one person in particular. You may be texting multiple people, but there is no commitment.

By definition, hanging out is, according to Urban Dictionary, “To socialize with your friends.” This is a pre-dating technique used to get to know a person. It keeps everything simple for the most part. There are no rules to seeing other people yet, and you probably haven’t even gone on a date. It’s all about seeing if sparks fly.

At this stage, you’ve probably gone on a few dates, maybe even become quite intimate with each other. The couple cares about each other and wants to see where things are going, but that does not mean they don’t see other people. This stage involves getting to know each other more before becoming boyfriend/girlfriend.

Now, a couple has reached “dating” status. This is a committed relationship where cheating is not tolerated, but the couple doesn’t live together yet. In this stage, you may begin meeting each other’s families and getting to know each other on a more personal level.

In a serious relationship

This is a relationship where you’ve been together for a while, you both know it’s going somewhere, and you may even live together. At this stage, couples get comfortable being around each other in their PJs with messy hair.

Today everything has changed, or has it?

Think about this: What we say and how we say it is a reflection of what we value.

Texting and instant messaging have had quite the effect on what we are willing to say and how much energy we are willing to expend on understanding and being understood by others. So, if you value accuracy and resolution, technology may seem pretty detrimental on these fronts.

But technology is not quite the barrier it seems. With technology, you have the option to think about what you want to say before you end up saying something stupid. However, you can also fail to form a clear enough message and say it all wrong at the same time, which isn’t really all that different from face-to-face dating interactions.

The entire process may have been altered by technology and the rise of equality between the sexes. All the rules have changed. The goal for many people is no longer to get married, and it doesn’t need to be. Instead, the goal is finding something meaningful and that meaning is left open for the people in the relationship to figure out.

Still, the same stages of dating apply today. When it’s broken down to it’s core, dating still works in many of the same ways. You see someone you’re interested in, you talk to them, and if you decide you want to take things further, you enter into an exclusive relationship, and possibly a serious one that may lead to living together and eventually marriage, if that’s what you choose. The process has only been slowed down because there is no rush to get married anymore, and the time it takes to get to know someone well enough has increased.

Technology may have changed the way the game is played, just as equality has evened out the playing field. But, when it comes to the core of what dating is, it hasn’t entirely changed. There are just more options today and a higher accessibility to meet new and exciting people from areas around the world that single minglers may not have been able to find before. Dating has evolved, which isn’t a bad thing. It’s still a way to get to know a potential romantic partner.

Hopefully that’s given you a little more clarity on what is meant by dating in the modern world of advanced technology and instant messaging. Let me know your thoughts below!