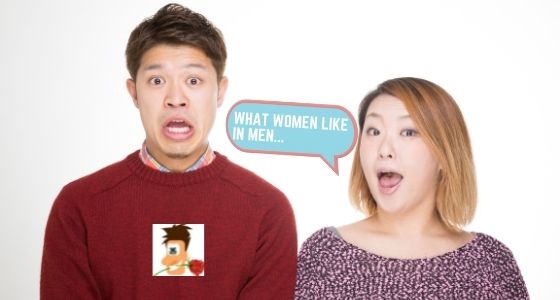 Just yesterday I posted a fairly large post on what women like in men and the ideas for that post were gathered by asking women I know, and some that I don’t, about that very subject. Buried within the answers I received back was one in particular that really caught my eye, not only for the information it contained but also because of how damn funny it was! In my mind, this was an absolute gem of a response and so I felt it deserved a post all to itself.
@Tinderellagenda or Ms. Tinderella for short is a self-confessed Tinder swipe addict (if you don’t know what I mean by swiping then head here to read my handy Tinder guide). She writes all about her Tinder adventures as well as about online dating in general over here on her blog.

Introductions over and now onto this amazing post that I just had to share with you guys! Everything written from here on is by Tinderella herself.

One of the main questions a singleton often gets asked is “What do you look for in a guy and why?” If truth be told, I always struggle in articulating an answer to this as 1 ) I don’t think it’s as straight forward as it seems, 2) I’ve dated an array of men and it’s safe to say that my type has changed over the years 3) it’s rather hard to refrain from using your standard typical clichés.

So with that in mind, I’ll start with the first cliché and that is that he has to have a sense of humour or at least know how to not take life so seriously. I absolutely love laughing (don’t most people). The guys that I am instantly attracted to once we match on tinder for example are the ones that come out with something funny and silly and RANDOM rather than your standard “hey how are you doing?” #sigh.
Family to me is everything, so a guy who is family orientated is a big yes. And for that, I don’t mean that they have to come from a ridiculously huge family but even if their family consists of their pet monkey and they have a hold on the importance of family values, then that is definitely a bonus.

Fitness – I’m not talking in the sense that they need to run a half marathon every day or spend hours working on #LegDay but someone who takes care of their health and fitness, is something I definitely find attractive in a guy.

Kindness and manners – sounds simple but treating people the way that they deserve to be. For me, it’s that perfect mix of as I’ve read somewhere, “I want the type of gentleman that holds the door open for me but smacks my ass as I walk in”

Just no to guys who spend all their time talking about how much money they earn/ are arrogant (there’s a fine line between arrogance and confidence).
See, brilliant wasn’t it! Thanks for reading and again to Tinderella for being so kind as to write such a fantastic response. If you’re interested in getting your point across to my readers, male or female, then get in touch here or find me on Twitter (@FrequentDater).